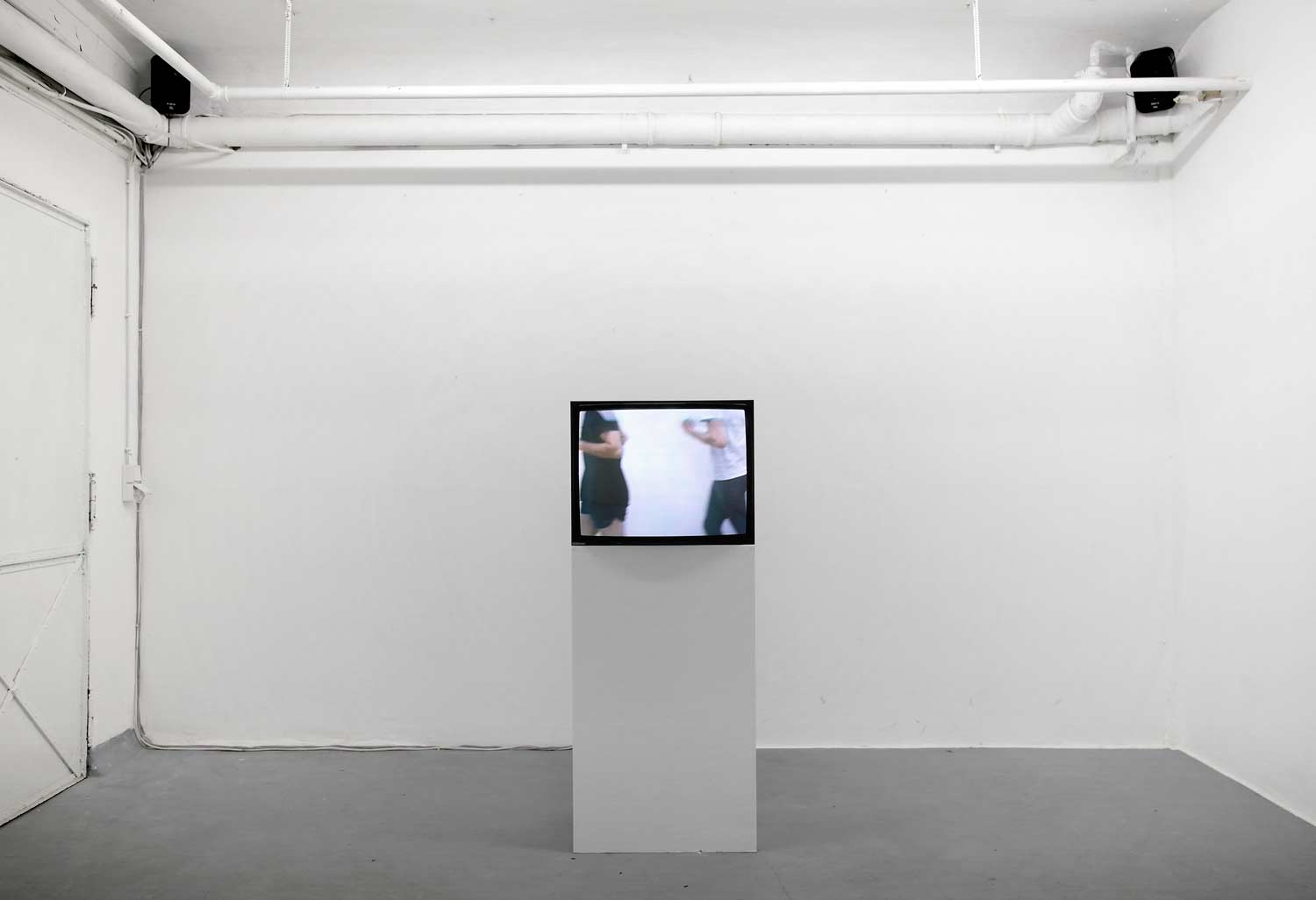 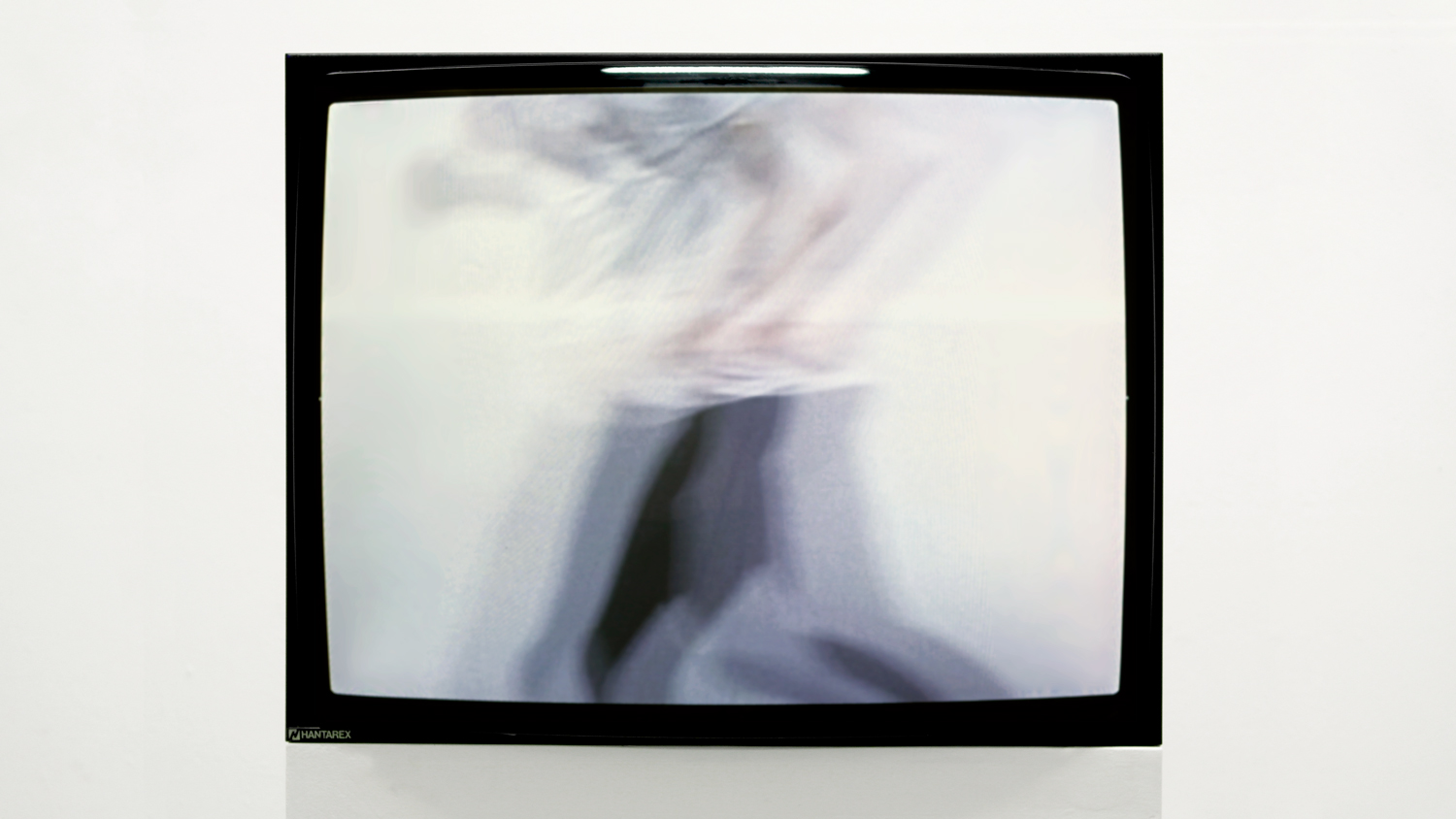 In collaboration with Amir Bastan. We placed a camera with a fixed angle in a gallery space and circled it until we became too dizzy. After, we replaced the filmed spot with a monitor, showing our bodies rushing through. The visitor, replacing the camera, becomes witness to the exhaustion of us merely by the mostly blank screen, but by rythm of steps and breath around him. Part of the Tadaex/NODE Exchange Programm and in response to NODE festivals approach of researching the relationship between body and technology.