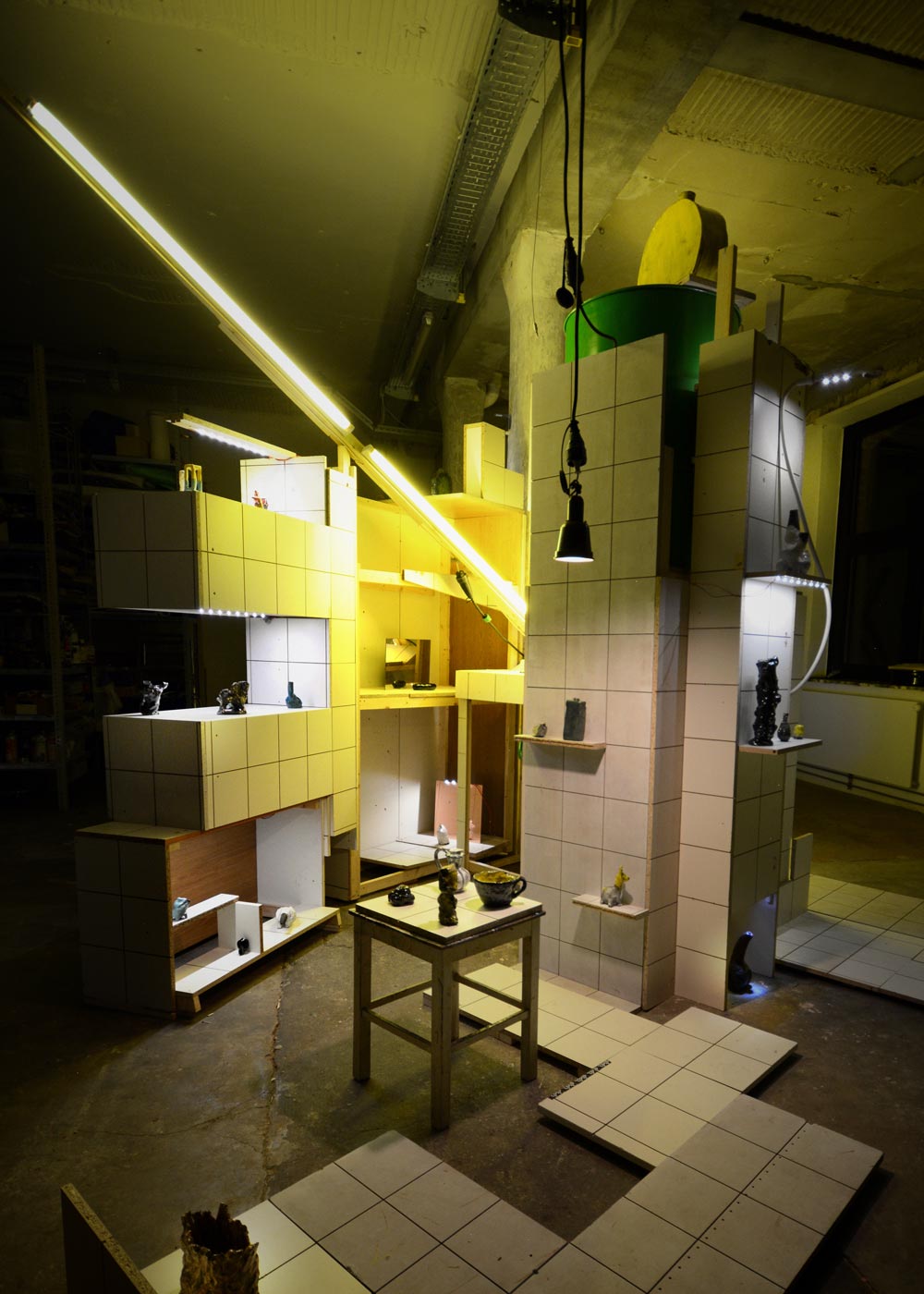 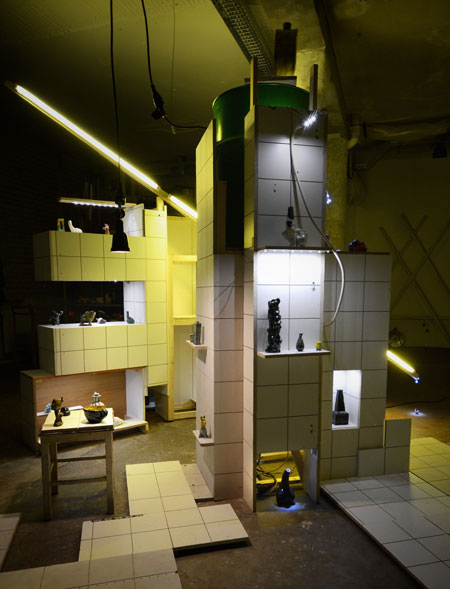 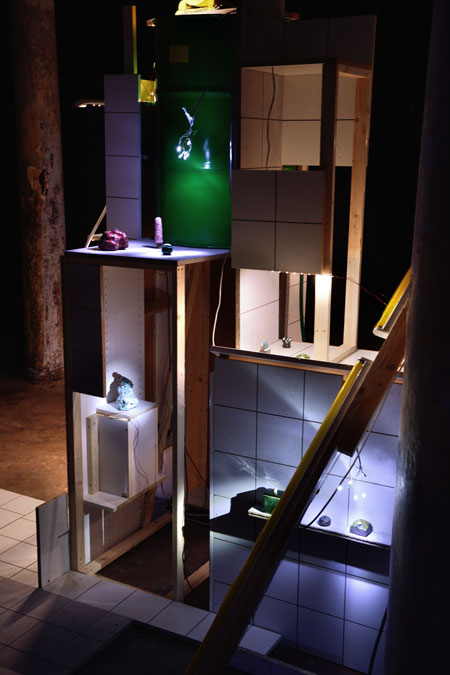 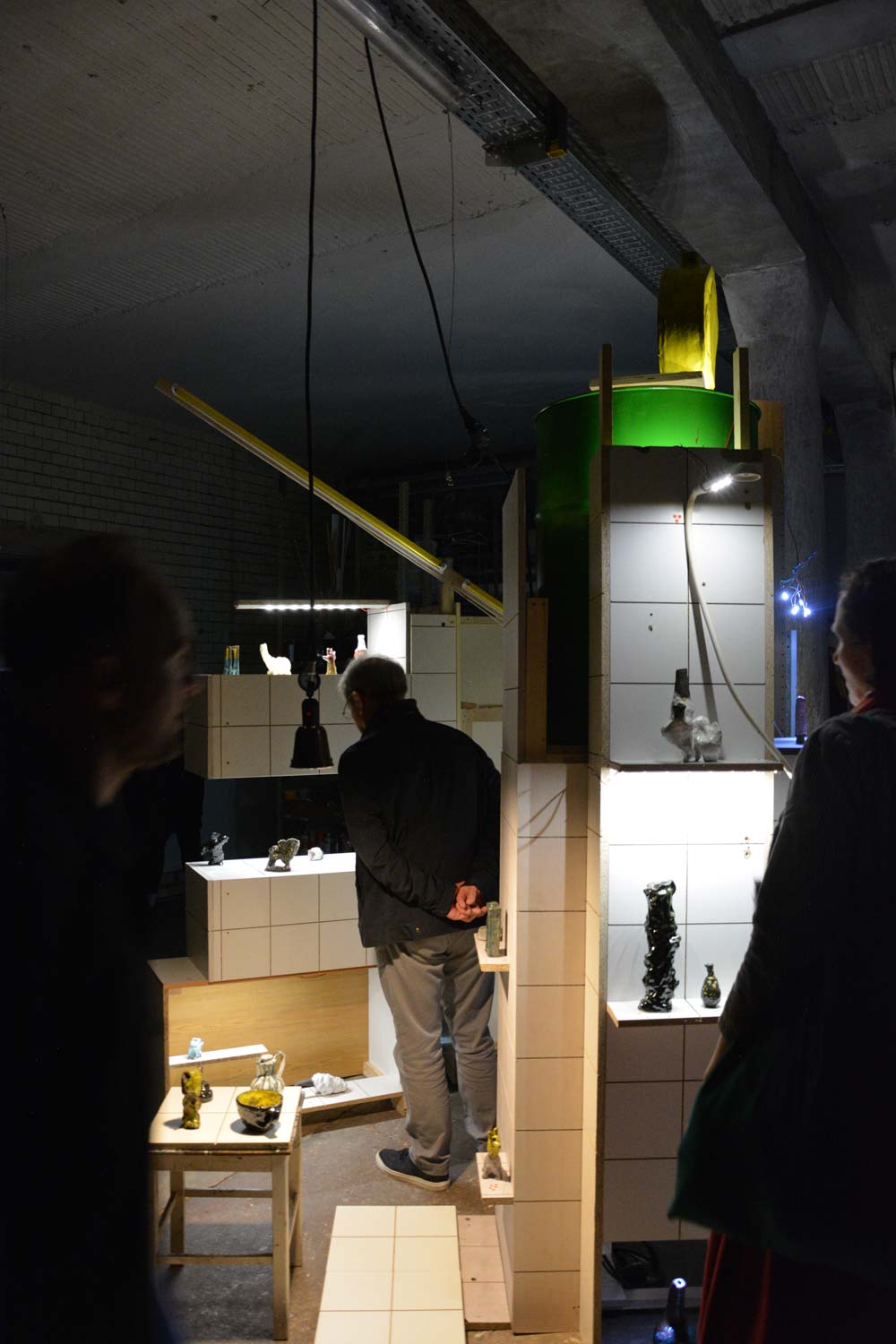 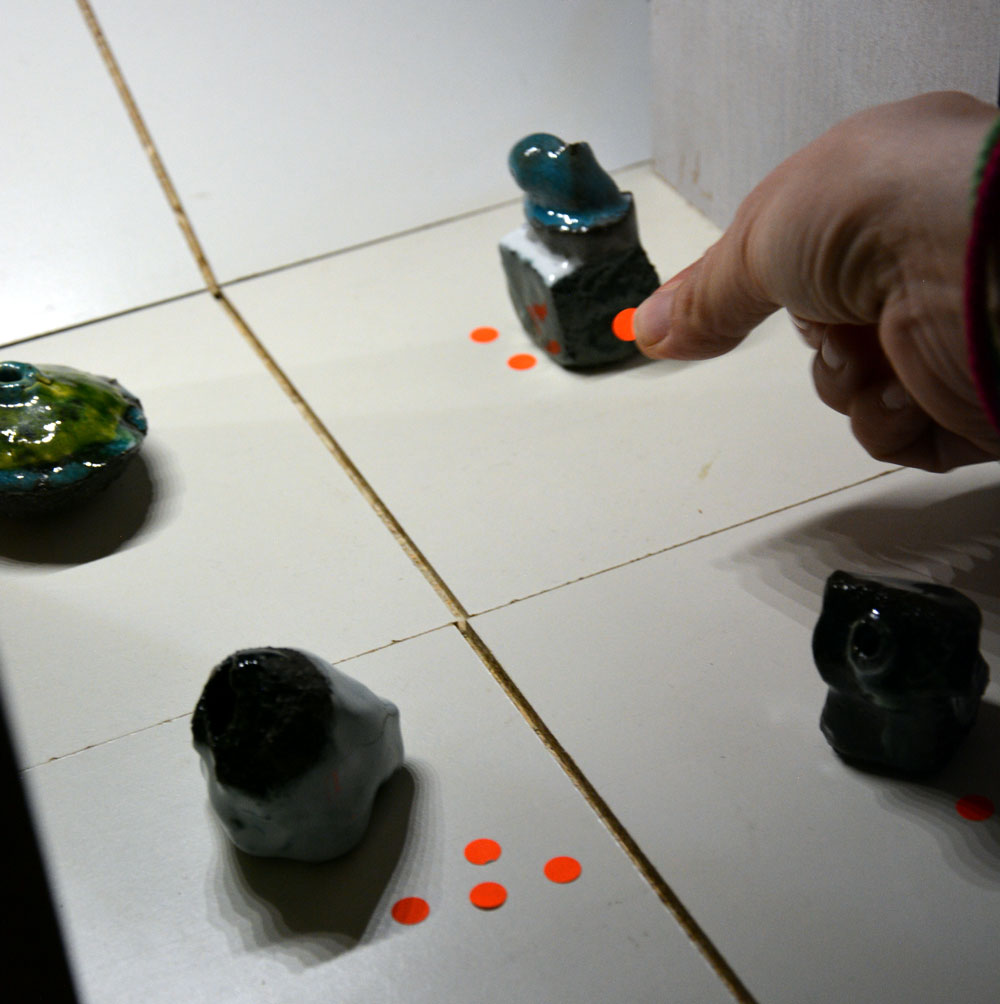 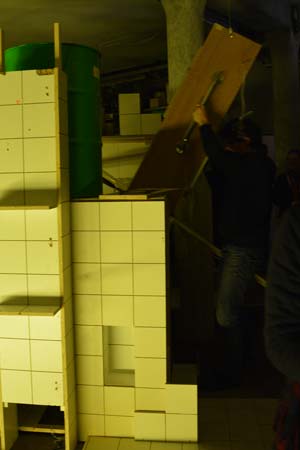 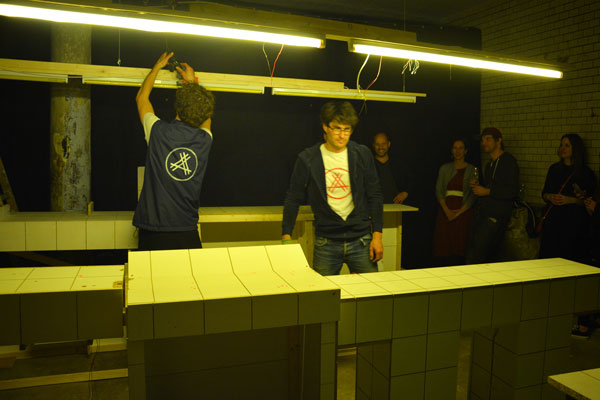 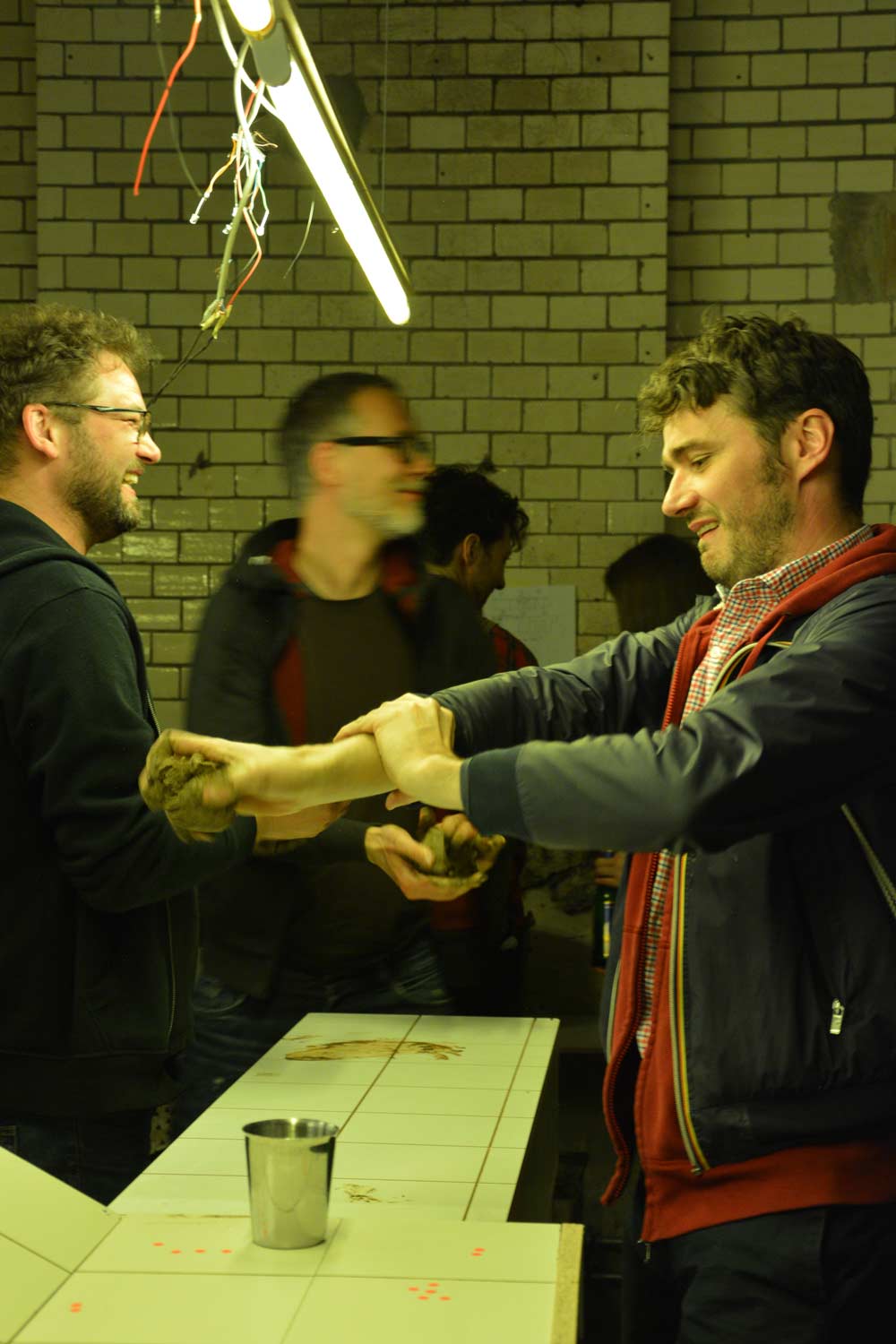 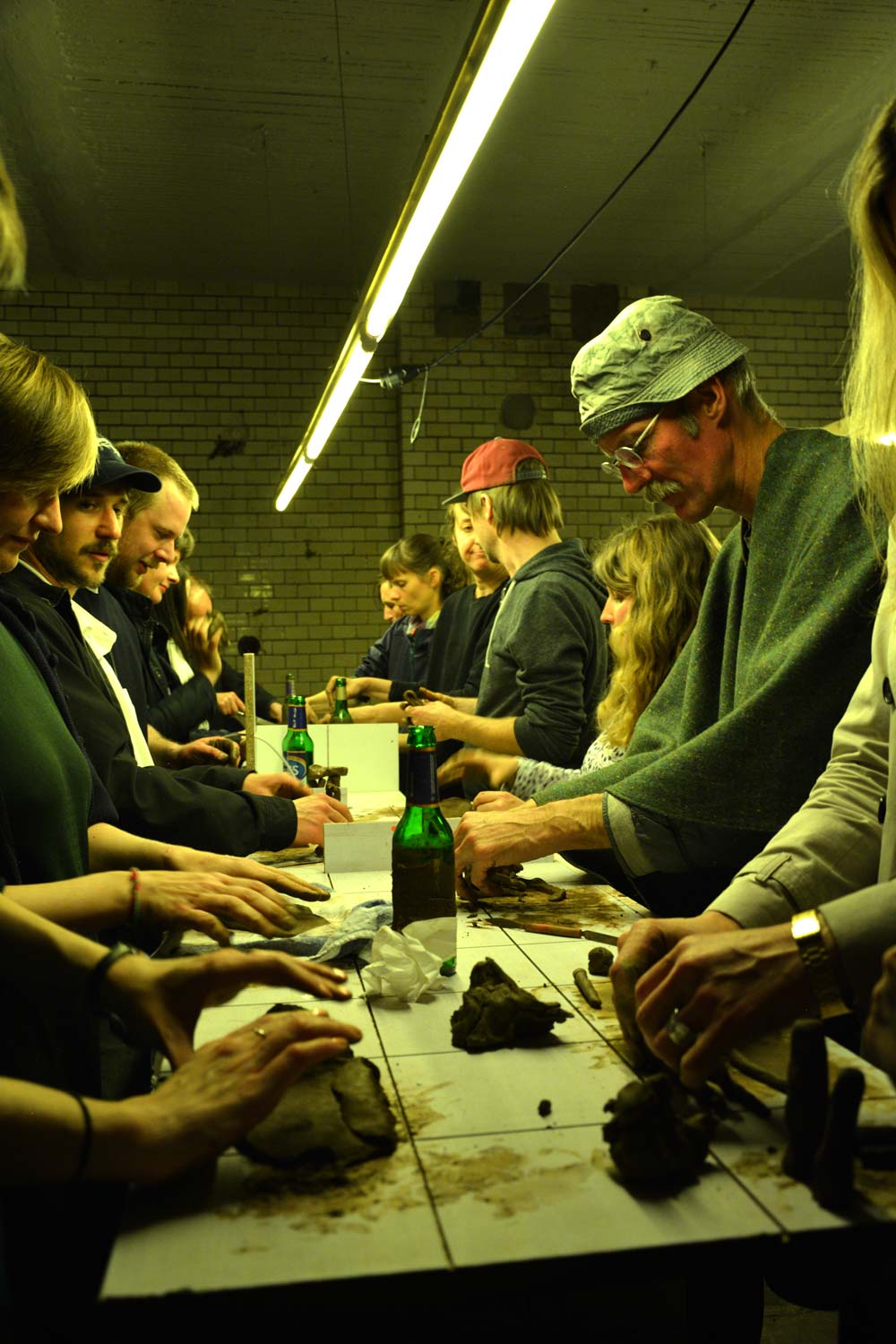 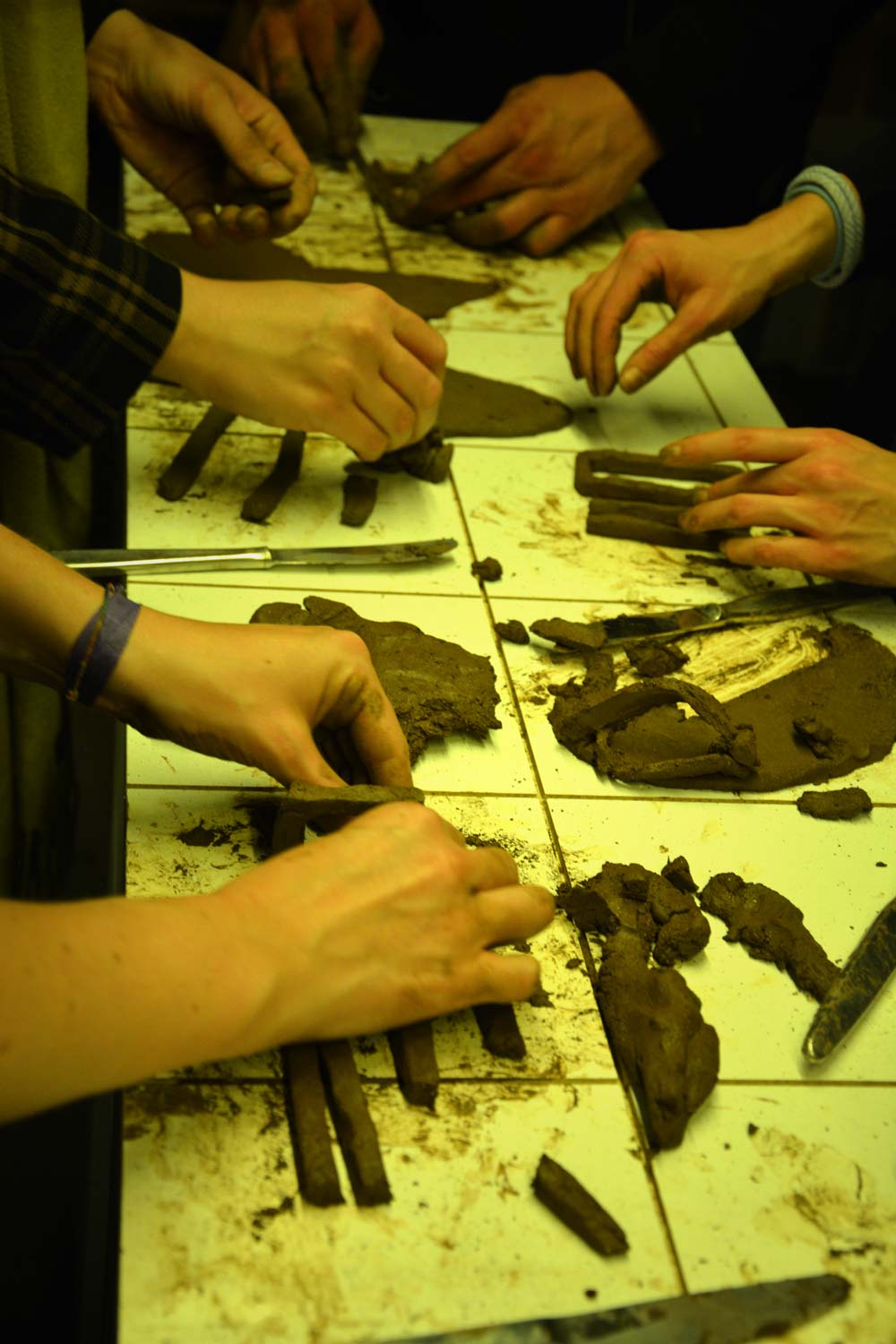 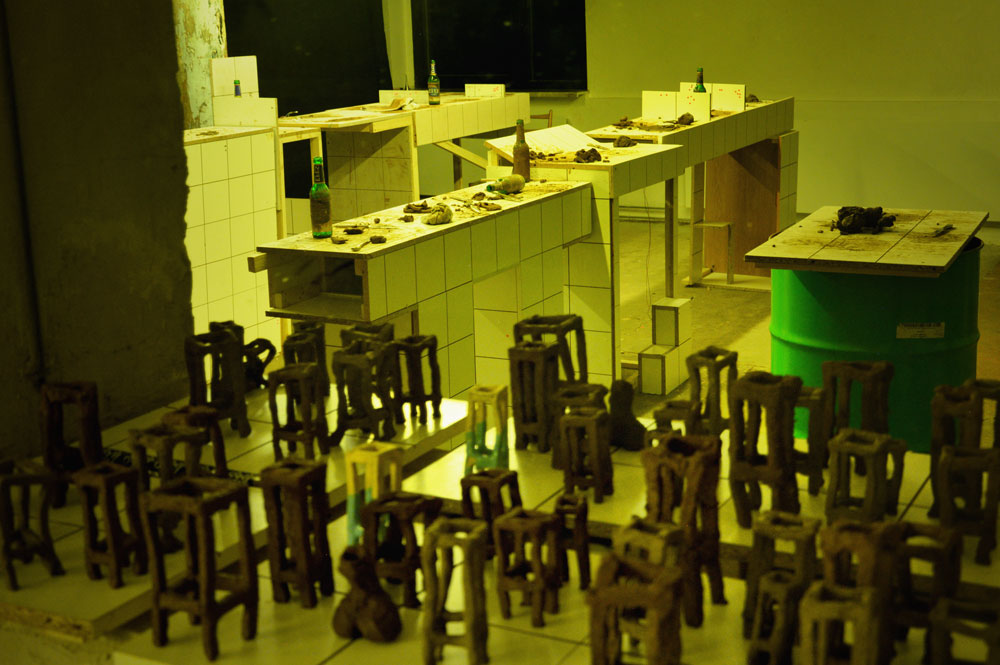 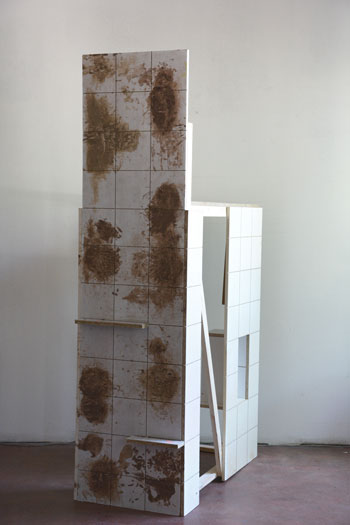 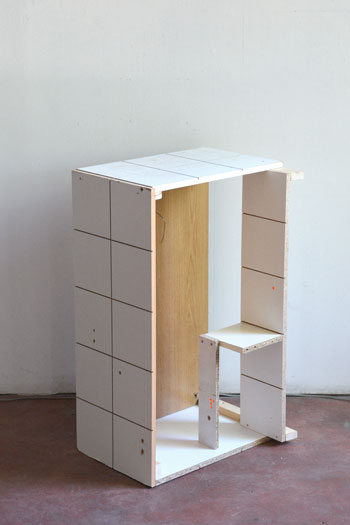 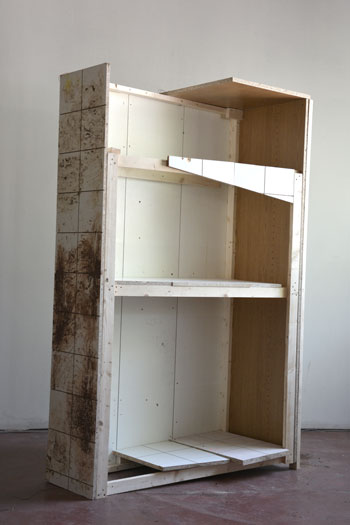 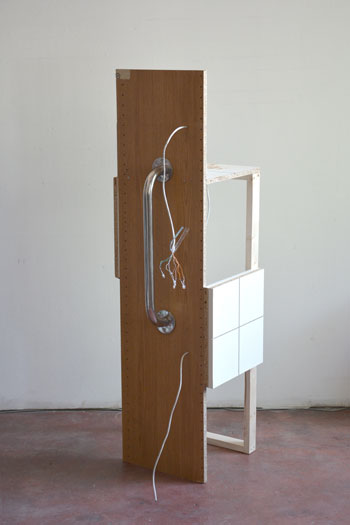 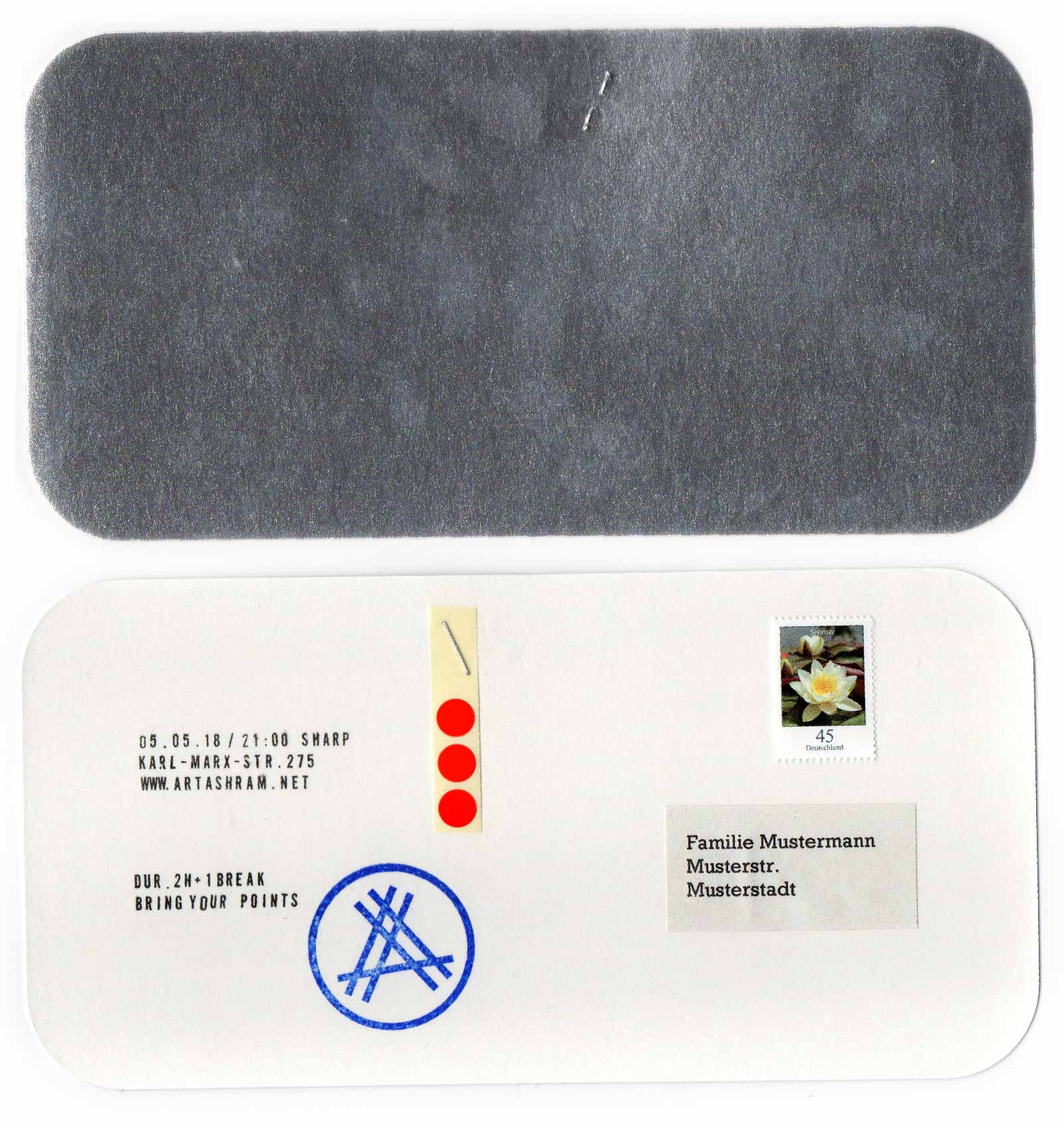 Each visitor received three red dots. A bathroom-sculpture, providing contemporary tile-design was made out of old wardrobes from the street and invited you inside. It was populated by clay sculptures in various shapes and forms, vessels and carrier-bags with bigger and smaller holes. Visitors could now vote for their favourite object with their dots (and thus raising the prices for the most desired objects). While counting the jury’s points, the modular structure was converted. After a collective dream-travel and a transformed speech by Angela Merkel, it is clear: The new spatial setup is serving the mere cause of reproducing the winning object! The two production-lines are inaugurated under neon-light, and over the course of the evening fifty copies are produced. As a reward, warm towels, cold ice-cream and a soothing film are served.